Airport Writers-In-Residence: I hope this is a start of a trend 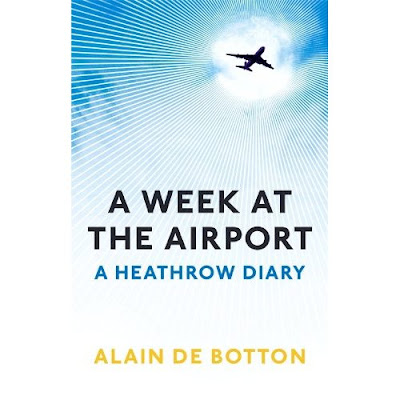 This news is definitely one for the books: Thanks Springwise for the heads-up. I'll definitely be haunting Borders. Better yet, if you'll be passing Heathrow late September, can you grab a copy for me? Please, pretty please?!? I'll be your BFF!!!!!!

A week at the airport: A Heathrow Diary
Alain de Botton, one of the world's most respected authors, has been appointed the first ever airport writer-in-residence to tell the story of a week at Heathrow. Alain's books on love, travel, architecture and literature have become best-sellers in over 30 countries. His latest – A Week at the Airport: A Heathrow Diary – will capture the inner workings of Britain's busiest airport, with its staff and passengers becoming the book's contents. Parts of the book will be written from a desk at Heathrow Terminal 5, allowing passengers travelling through the airport in August to appear as characters in the story.

Focusing both on the people who work at the airport and those that pass through it, De Botton's weeklong layover at Heathrow seems to combine elements of his recent "The Pleasures and Sorrows of Work" and his earlier "Art of Travel". The author won't be idling away his time in Terminal 5's lounges or champagne bars; seated at a desk, he's writing a book that will be published late September. As he types, the work-in-progress is projected on a screen behind him. An excerpt published by The Faster Times:

"In the cloudless dawn, a sequence of planes, each visible as a single diamond, had lined up at different heights, like pupils in a school photo, on their final approach to the north runway. Their wings unfolded themselves into elaborate and unlikely arrangements of irregularly sized steel gray panels. Having avoided the earth for so long, wheels that had last touched the ground in San Francisco or Mumbai hesitated and slowed almost to a standstill as they arched and prepared to greet the rubber-stained English tarmac with a burst of smoke that made manifest their planes' speed and weight."

Besides publishing at the speed of light and providing Heathrow with some lovely literary publicity, the endeavour taps into two ongoing consumer trends. First off, the status stories element: passengers and staff members are invited to share their stories with De Botton, and have a chance of being immortalized in A Week at the Airport. Secondly, a generous dose of free love: Heathrow will be handing out 10,000 copies of De Botton's diary to passengers travelling through the airport. Smart marketing move by Heathrow, and one for any other brand to be inspired by: be delightful, be relevant, be generous.

here's a thought: why don't you buy a cheapo ticket to Heathrow at the travel fair, and fly there so that you WILL BE in the book? :D

Bwahahaha... dead-end conversation with the financier. Honey, I have to go to London. Why? To pick up a book. *kblag* =)