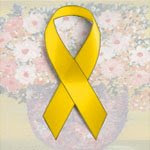 “There has never been anything like it in Philippine history: a woman telling the machos of business and industry to do what she is doing, to stand up to the injustices against which they have been content merely to complain…And one with any sense of morality, of human right and dignity, can only recoil from government by, for, and of one man clearly determined to maintain his rule at whatever cost to the nation. But it took a woman to do what a man, or men, should have been doing: Fight! Being a man was sadly inadequate. One had to be something else. Be a woman — like her! Like Cory.” -- Teodoro M. Locsin
Last year, the I Am Ninoy campaign was launched to honor the 25th death anniversary of the Benigno S. Aquino Jr. The core message of the campaign was/is "the selfless giving of the best of ourselves for our countrymen and women and the advancement of the country as a whole." No one exemplified this more than his widow, Cory Aquino.

I've had to answer quite a few questions from the little giant ranging from "Mommy, why are you crying?" to "Mommy, why are there so many people on the street?" How do you begin to explain the magic of Ninoy, Cory and what they represented? 23 years ago, I was only 13.

Cory represented my awakening to politics and power -- how one need not necessarily exist with the other. You don't have to be in power to be empowered. Before Obama's Yes We Can, was Cory's Di Ka Nag-Iisa. She showed how one person can help turn the tidal wave of traditional politics and be the lightning rod for change. She also showed how difficult it is to harness that lightning without destroying one's self in the process.

Many people (including myself) are still groping for the right words to describe her presidency. Maybe this is not the time to do that. Conrado de Quiros said it best in his article In lieu of flowers: "In her leaving, Cory is more present to us than she has ever been before. In her passing, Cory is more alive to us than she has ever been before....In lieu of flowers, I offer my prayers. In lieu of tears, I offer my remembrance". Now is the time in ensure that her message of living a principled life remains relevant after all the eulogies have been said and life regains a sense of normalcy.

“I was very privileged and really blessed with so many material and spiritual gifts that I should give back, ... I should do something for my people, but ... it's not just in politics that you can be a servant of the people, you can do it in so many other ways.” -- Corazon Aquino.