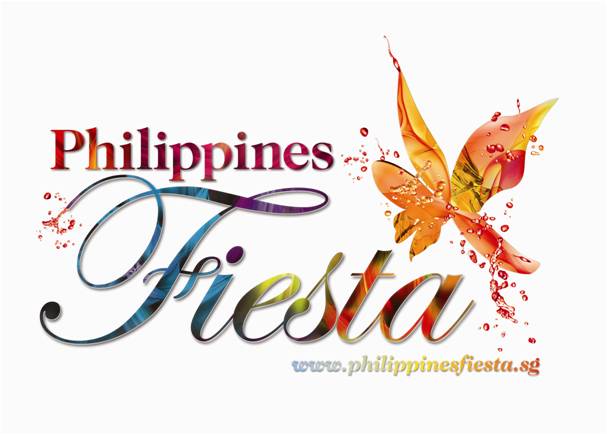 Remember my post a few months back about the Fiesta Philippines at the Singapore Museums?  Below please find the list of exhibitions and programs which will be taking place between now and January 31.  Please do invite your families, friends and staff to support these events.  It is also a great opportunity to encourage our non-Filipino friends to get a taste (both literally and figuratively) of our rich and diverse culture.   Oh,  and most of the events are FREE!!!!!  Mabuhay!!!!

By the way,  does anyone know of Filipino art teachers / historians based in Singapore who would be willing to put together a session for Filipino-Singaporean children? If so, please send them my way (joelle@joellechronicles.com).  =)

Land of the Morning: The Philippines and its People
Asian Civilisations Museum
16 Oct 2009 to 10 Jan 2010


Made up of 7,107 islands, the Philippines is known for its stunning natural beauty and its people - warm, resilient and synonymous with the People Power movement. Land of the Morning: The Philippines and its People explores the identity of the Filipino people, created by the blending of indigenous local cultures and foreign influences.

More than 300 years of Spanish colonial rule is most visible in the religion, language, architecture and art of the Philippines. Today, the Philippines has the largest Catholic population in Asia. Muslim communities in the south, indigenous highland communities and the influence of Chinese migrants add to the picture of cultural diversity that is the Philippines.

This special exhibition at the Asian Civilisations Museum features more than 290 rare and important artefacts – pre-Hispanic gold, Catholic icons, ethnographic artefacts and contemporary Philippine art – from museums and private collections in the Philippines, some of which will be on public display for the very first time.

This exhibition is organised in collaboration with the Ayala Museum, Philippines.


Bayanihan: Spirit of the Philippines

Discover what defines the people of this country whose hospitality is legendary. Through beautiful stamps of Philippines and interactive displays, learn about the country’s rich and diverse culture, and journey through its breathtaking natural sites. Unravel the long and colourful history of the Philippines, by walking in the footsteps of her heroes. Plus, gain a rare insight to how everyday life was like in the Philippines in the early 1900s.

An exciting weekend festival of spectacular dances, traditional music and mouth-watering food awaits you - direct from the Philippines! Test your footwork with the Filipino national dance – the bamboo tinikling – and learn more about the rich blend of Spanish, Mexican and tribal influences in Filipino food. Children can get hands-on through Filipino craft activities and stand to win goodie bags by taking part in our gallery hunt. Also, get a taste of the Philippines with our free ice-creams*!


Singapore Art Museum (SAM) presents two exhibitions of Philippine visual art. Thrice Upon A Time takes a contemporary look at the very old notions of stories and storytelling, and with it, the idea of the artist-as-storyteller. Audiences can expect to savour works from the Philippine grand masters to some of her most exciting contemporary practitioners. On show as well is the Ateneo Art Gallery Collection from the Philippines, In the Eye of Modernity will trace the development of Neo-Realism in Philippines from the 1950s to mid-1960s. This exhibition is a collaboration between SAM and the Embassy of the Philippines in Singapore.

Discover the culture and heritage of the Philippines at Bayanihan - Spirit of the Philippines exhibition. Taste authentic Filipino food and watch a bamboo dance performance. Children can also learn how to make Filipino handicrafts, and play traditional games!


Join our curator, David Henkel as he takes you on a journey through colourful Philippines, sharing exciting stories behind the artefacts in Land of the Morning: The Philippines and its People.

Fiesta! Fiesta! Fiesta!
30 Nov 2009 to Apr 2010
Asian Civilisations Museum
Discover the origins of Filipino fiestas and what goes on during the different celebrations. Find out about one of the most important festivals in the Philippines – Christmas. Did you know that Christmas celebrations in the Philippines can start as early as September? Discover the unique ways in which Asia’s largest nation of Catholics celebrate Christmas at this exhibition.


Oro, Plata, Mata launched director Gallaga’s career and was the official competition entry in the 1983 Manila International Film Festival. It won the Jury prize, the Critics Choice and the Urian award for the Best Picture in 1984. The film was released at a time when social and political turmoil infested the country. The movie deals with themes of survival and change through stories about the pampered and haughty rich and peasants clamouring for a voice, as well as stories of domination by the landed aristocracy and of war.


Find out about the rich and diverse culture of the Philippines! Learn to play traditional games such as the sungkah, then paint a Masskara mask.


Ring in the New Year with a difference at Asian Civilisations Museum! Explore the galleries of the ACM in the wee hours and catch the special exhibition Land of the Morning: The Philippines and its People. Join us for some captivating dance and musical performances then end your evening with a picnic on the ACM Green – just the place to catch the exciting New Year’s Eve fireworks!


Organised in conjunction with the exhibition, the Barrio Fiesta will bring the Philippines Festival at SAM to its grand finale with a two-day event that evokes the colourful and boisterous street festivals in the rustic towns of provincial Philippines. The festival offers a multi-faceted experiential journey into the Philippines’ rich and fascinating arts, entertainment and food culture. Locally, these fiestas are held to commemorate religious occasions, a place where the richest of local Filipino-Hispanic traditions thrive. Some highlights include, the Santacruzan procession and Ati-Atihan procession, performances from acclaimed professional groups such as Psalmideo and Rose Borromeo’s Dance Circle and Noel Cabangon, the all-time favourite pabitin (a bamboo lattice with candies) and the piñata - a pot full of candies which blindfolded kids try to break using a baseball bat!

*Terms and conditions apply – Refer to http://www.philippinesfiesta.sg/ for details.